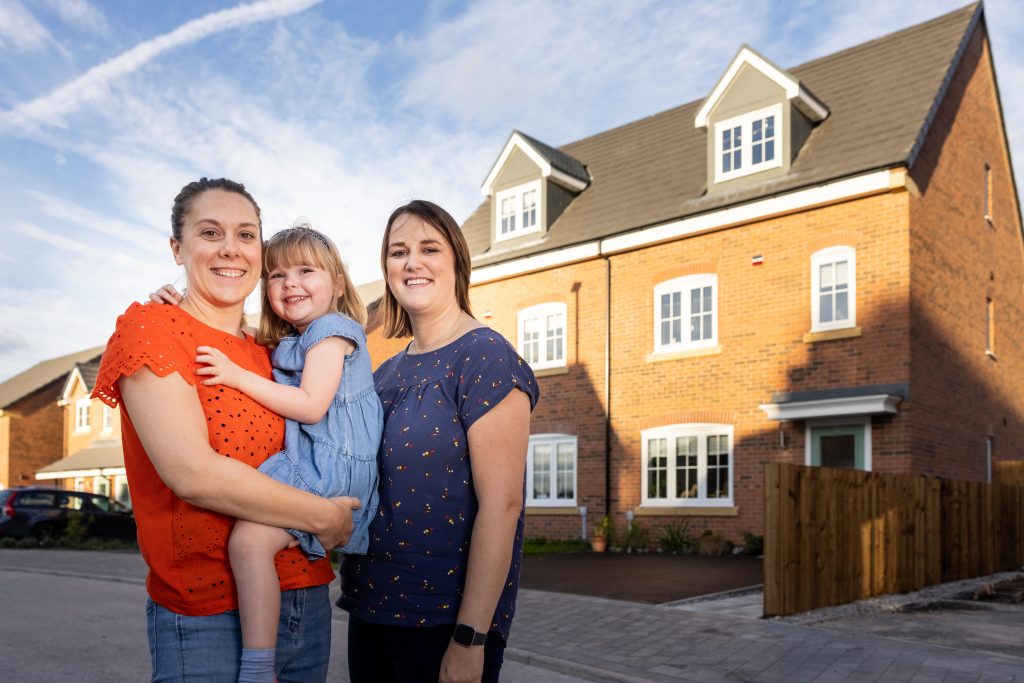 A couple from Somerford in Cheshire didn’t have to look far to find their dream family home. It was being built right across the road from where they were renting.

First-time buyers Charlotte, 41, and Eleanor, 39, were renting a 3-bedroom house for them and their four-year-old daughter, Harper, while they saved to buy a home of their own, when they soon noticed a brand-new development springing up over the road.

Keen to escape the rental market and step onto the property ladder, the pair were extremely interested in the Turnstone Grange development being built by Miller Homes in Somerford, but never thought they would be able to afford one of the houses being offered for outright sale.

Charlotte, who works in public services, says: “The rent was going up, and although we had been trying to put money away, as the rent went up we had less money to put aside and balance with living. We felt rent trapped and we didn’t think we’d ever get onto the property ladder.

“We had walked past it [Turnstone Grange] a few times and we’d kind of just chat to ourselves about how lovely it would be to buy one because we love this area; how wonderful it would be to just move over the road and not have to change much. It was just a dream we both had, really.”

The couple’s dream soon became a reality when they discovered that some of the homes at Turnstone Grange were being offered for affordable shared ownership by Onward Living and realised that they could buy their perfect family home earlier than they thought.

“I saw this property that was being advertised by Onward Living for shared ownership and I said to Eleanor, ‘Aren’t those the ones over the road?’ I nearly fell off my chair. I couldn’t believe it!”

The pair acted fast to secure the four-bedroom, three-storey Rolland house type at Turnstone Grange, putting down a £6,000 deposit for a 40% share in the £255,000 home. 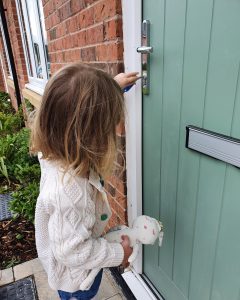 Without the help of shared ownership, Charlotte and Eleanor say it wouldn’t have been possible to buy their dream family home when they did.

Eleanor, an apprenticeship trainer, says: “I had no prior knowledge of shared ownership, but because Charlotte’s brother recommended it, we started to learn a bit more about what it involved. I just didn’t think we would ever get that opportunity.”

Charlotte adds: “We wouldn’t have had the deposit there to have bought a house outright, especially with prices increasing and for the size of the property as well. There are three of us here, so it wasn’t like we were looking for something smaller for just me and Eleanor. We needed a family home, we needed somewhere with a garden, we didn’t want a flat, and we wanted room for expansion as well.”

After reserving off-plan in March 2021, Eleanor and Charlotte got the keys to their new home in July this year and have already started to plan how they are going to decorate – something that they couldn’t do while they were renting.

Eleanor says: “We’ve started to talk about ideas already. From the beginning we felt at home, we settled straight into it.

“I mean, that is one of the most exciting things for me, being able to decorate our daughter’s bedroom when things settle down. To be able to go and do some wallpapering with her and make her bedroom how she wants it. To make it a home.” 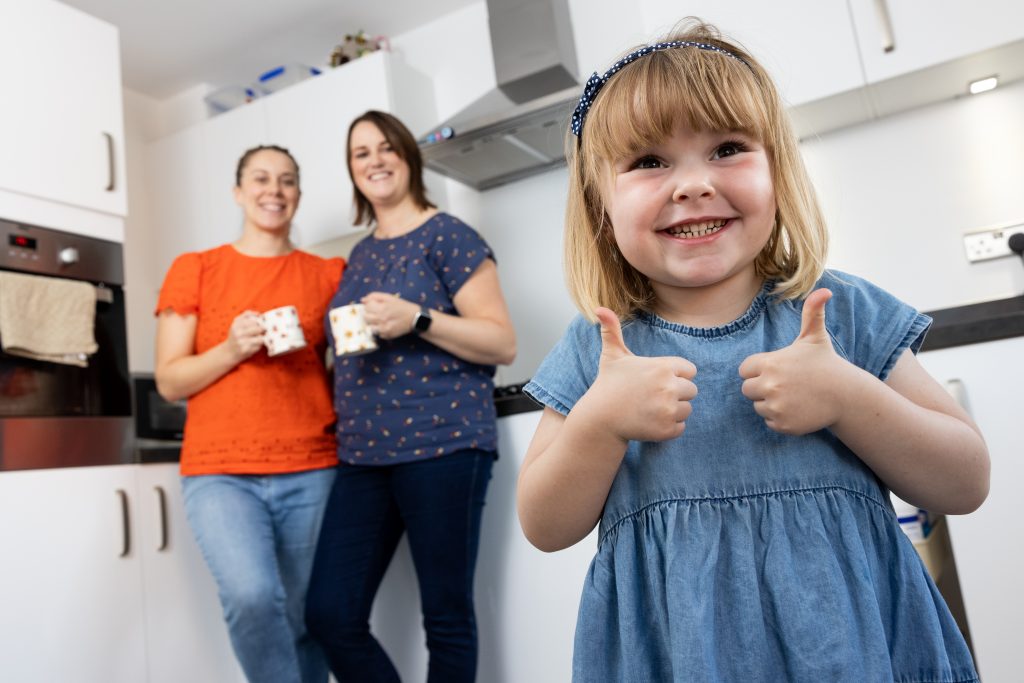 When it comes to shared ownership, first-time buyers Charlotte and Eleanor would encourage others to consider it as a way of making that all-important step on the property ladder.

Eleanor says: “It’s an option we didn’t know we had and we’re quite hopeful in knowing we’re going to be here for a long time and that we could potentially purchase more of the property in the future with staircasing.

“I think one of the other reasons I’d recommend it is the size of the house we’re living in. We’d have never been able to afford a four-bedroom house, so if we had bought a property, it would potentially only have had two bedrooms. Obviously, we’re a family, so to be able to live on a brand-new estate in a four-bedroom house without shared ownership… that would never happen.”

Charlotte adds: “I think there are a lot of people out there who don’t realise and are sat there like we were thinking, ‘how are we ever going to get onto the property ladder?’ I guess what we would say to them is, make the enquiries, make the phone calls and have a look into that shared ownership property because if you think you’re rent trapped and you’re never going to get together a deposit, it gives you that foot up to actually get onto the property ladder.”

If Charlotte and Eleanor’s story has inspired you to find out more about shared ownership, you can contact the Onward Living sales team on 0300 555 0130 or email sales@onward.co.uk