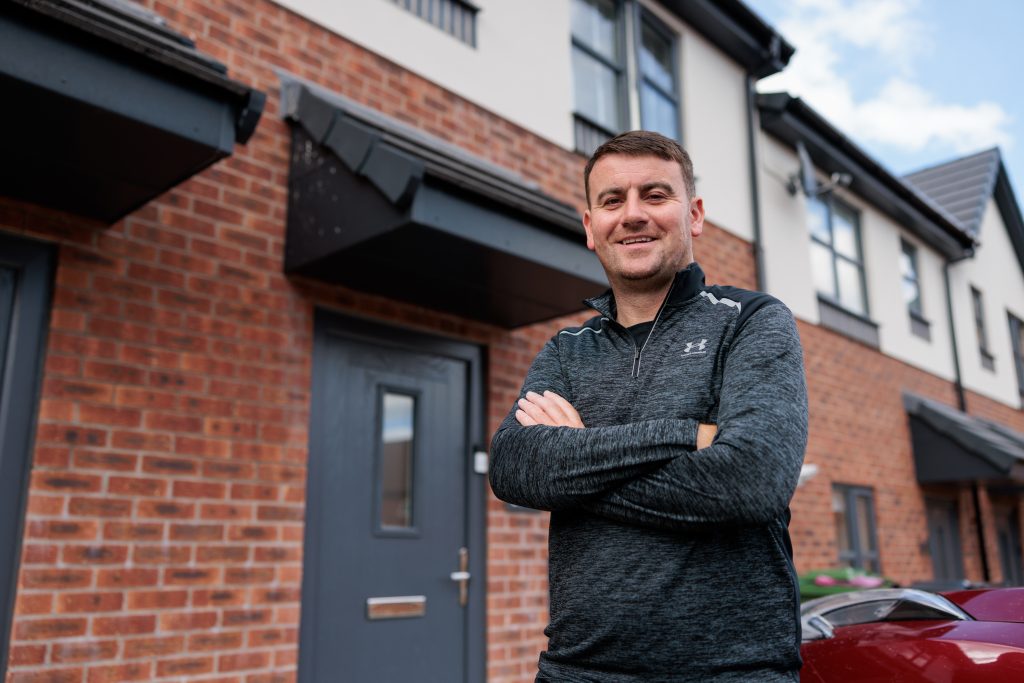 A first-time buyer from Merseyside has been able to escape the rent cycle and get a foot on the property ladder with the help of shared ownership.

With house prices rapidly rising post-lockdown, fuelled by buyers looking to take advantage of the stamp duty holiday, 35-year-old Michael never imagined he would be able to afford to buy a home of his own.

At one stage last year, the Wirral town of Wallasey, where Michael was looking to move to, recorded a bigger rise in asking prices than any other town or city in Britain, according to property portal Rightmove.

Despite being keen to escape the rent trap, Michael, a Sports Coach, was resigned to continue renting for the time being but struggled find anywhere larger that was in his price range. 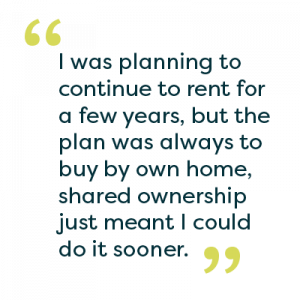 Michael says: “I was actually renting a flat and I was looking to rent again at first but during the pandemic, prices and the demand for rent was really high. It was hard to even get a viewing, so I just gave up and thought I’ll have to stay in the flat I’m in now.”

However, Michael soon discovered that there was a more affordable way to get on the property ladder, through shared ownership.

“I was just scrolling through Facebook one day and an article written by Onward Living popped up,” says Michael. “After I read the article, I read other people’s stories on the website. At first, I didn’t know anything about shared ownership but after reading up on it I thought this could actually be for me this, and it was!”

Michael found the perfect home at Onward Living’s Egerton Rise development in the popular seaside town of New Brighton, Wirral, and was delighted to learn that the smaller deposit and a smaller mortgage required for shared ownership meant he could afford to buy his own home and pay less per month than if he was to continue renting.

With a deposit of £10,500, Michael was able to purchase a 40% share of his new 3-bedroom, three-storey home, situated just a short walk from New Brighton promenade.

Michael says: “I think for the price I’m paying I wouldn’t get a home in this location with as many bedrooms. It’s really good value for money.

“Even with the part-rent and mortgage, it still works out cheaper than what I was paying to rent. The £775 rent a month was just dead money, now I’m paying £602 a month for a place I have equity in.”

As a first-time buyer, Michael found the sales process with Onward Living to be a breeze.

He says: “The sales process was really easy. Natalie was my Sales Advisor, and she was on the ball. I could text or ring her at any time and she would just get things done.”

Michael moved into his new home in November last year and has already started to put his own stamp on it and is enjoying the many perks of being a homeowner.

“I’ve already done stuff to the house; I’ve had the garden done with some decking and I’ve also added a TV media wall in – which obviously when I was renting, I wouldn’t have been allowed to do.” 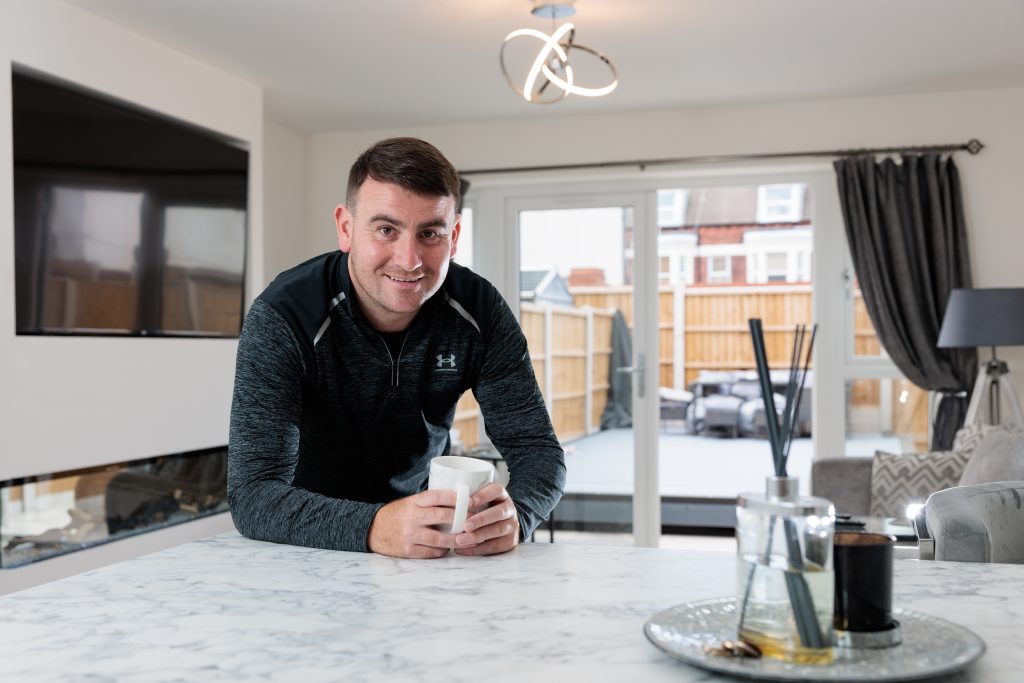 When it comes to shared ownership, Michael highly recommends it to others as a way of buying their dream home at an affordable price.

“I would recommend shared ownership to anyone who, like me, would benefit from the cost savings, plus being able to live in brand new house.

“Even with the increase in energy prices lately, I’m still saving money. I’m not using as much heating and it’s really warm still because my new home is built to be efficient.”

If Michael’s story has inspired you to find out more about shared ownership, you can contact the Onward Living sales team on 0300 555 0130 or email sales@onward.co.uk